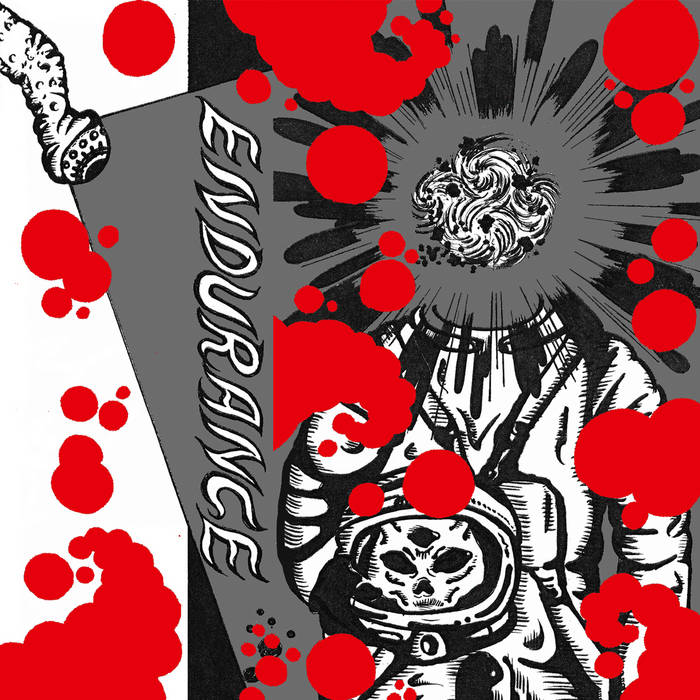 Pocket Rōnin The record sends you to a far deep space, where nothing can harm you indeed. Beautiful sounds. Hope to read the short story someday, by the way. Favorite track: Goodbye Everything.

This album has been at least three years in the making. Indeed, its inception began even before I started making music.
In 2014, I was writing a piece of short science fiction, entitled Endurance. The outline of the story is as follows:

A hopelessly stranded astronaut is infected with a parasite that protects him from all manner of harm. The astronaut ceases to age; he no longer requires oxygen, food or water; and the extremes of space have no more effect on him. Only his memories and loneliness remain—but even these fade as his body floats undisturbed through space. Billions of years pass before his eyes—stars expand and collapse, galaxies merge and combine, whole nebulae grow, age and die, all while the astronaut watches, untouched, unmoved, forever observing.
Eventually the universe begins to contract—gravity pulling all matter back to its place of origin, preparing for the end of everything. In one of the final ages of the universe, the astronaut notices that the space around him has been occupied by other creatures—some humanoid like himself, but most in utterly alien forms that even he cannot comprehend. He soon realizes that all of these disparate wanderers are host to the same parasite that entered his body so long ago—a creature whose singular, indefatigable purpose was to reunite with its family here, at the end of the universe….
As the astronaut feels his body being sucked into the singularity from whence the universe was born, his long-dormant emotions seem to wake from a deep slumber (is that fear? Or hope?) and he can’t help but wonder to himself, “Even after this, must I still endure?”

While writing the above story, I found myself continuously imagining soundscapes for the scenes I was creating. I had been into spacey, ambient music for quite some time, but none of the music I was listening to seemed right for the story, so in the end I decided to try my hand at making the music myself.
My very good friend Marcus Miller (Overscan) was integral to this new project, and without his help I would have never known how to turn a synthesizer on, let alone play it.
Eventually, I was able to start creating, more or less, the sounds that had been wandering around in my mind. I still have a long way to go before I’ll be able to recreate them perfectly, but I can be patient.
To end on a slightly disappointing note, Endurance hasn’t been completed yet. However, the story continues to live on in my music, informing the tone and atmosphere and emotional content of so much of my work. It certainly hasn’t faded from my mind and I’m sure that I’ll get back to writing it when the time is right. Until that day, it will endure.

Special thanks to Marcus, Natasha, and Saiko for helping to make this happen.

Endurance is Joshua Stefane. Born in Ontario, Canada, now based in Nara, Japan. He works as a bioethics researcher and translator and spends most of his remaining time writing science-fiction and composing music.

Bandcamp Daily  your guide to the world of Bandcamp

Interviews With Butcher Brown and Slauson Malone, plus LP of the week by SAULT.